Should removable media be encrypted?

We all use a variety of removable media in our daily lives, both for personal and professional use.

We tend to store a lot of data on such storage media. But do we ever wonder if this is a safe mode of data storage? Let us understand what removable media actually is, how to keep them safe and is encrypting them the optimal security solution.

A removable storage media is a type of storage device that can be removed from the computer or a system while it is still in the running state. An example of such storage media would be a USB, a CD, DVD, or a blue ray disk. Removable media make it easy for a user to transfer data from one computer to another. It also gives the user the ability to store data externally.

Tech Savvy people tend to use removable media to save storage space on their computers’ hard drive.

Removable media is also used for data backup, as they have the ability to provide fast backup and recovery times.

The main drawback of such a portable storage device is that it is expensive and raises some security concerns. It would be catastrophic if an unauthorised person gets access to a removable media that contains personal/confidential information.

There are many risks associated with storing data on a removable media. A prominent use case would be that a malicious user may gain unauthorised physical or logical access to a removable media, transfer data to their own system and perform other actions that can jeopardise the confidentiality of the data stored on the removable media.

In order to protect the integrity and confidentiality of the data stored on the removable media, proper security measures must be followed. These measures include:

To conclude, removable media must be encrypted, if sensitive data is stored in it. 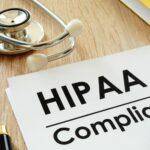 HIPAA Compliance Checklist: Essential Things You Must Know It

Security Compliance: All You Need To Know About It and Importance

What is Cloud Security? 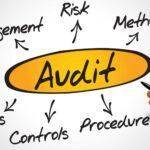 How Internal Audits can Help You Prevent Data Breaches? 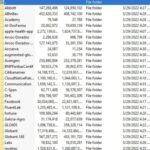