What is tailgating in cyber security?

What is tailgating in cyber security?

The unauthorised person uses their access to enter the facility and then seeks to steal information or otherwise commit crimes. In this article we will discuss what tailgating is in cyber security, how it works, how to avoid becoming a victim, and what steps you can take to prevent security breaches from happening in your Organisation.

When and how does tailgating take place?

Tailgating is when a person follows you into a crowded place, such as an airport or train station. When you are in a crowded place, the person may try to get through the door or gate with you without having their own ticket or pass.

Tailgating can also take place when a person tries to follow you into areas that they do not have access to and do not belong in. For example, this could happen when someone gets into an area where there are only employees working and tries to walk around like they belong there. They may be trying to get access to sensitive information by walking around with employees who have access credentials for the secure area of your building.

Tailgating can be a problem because it allows people to get into places that they should not have access to, which could lead to stolen property or information. It is also important for companies and organisations to educate their Employees about this type of security breach so that they do not become victims themselves.

What dangers are there during tailgating?

The dangers of tailgating are extensive. The most obvious risk is that of data theft, but tailgating can also lead to physical theft, identity theft and network intrusion.

Using CCTV Cameras: The CCTV camera will capture the faces of the people who have entered the premises, so that you can identify them later if any crime is committed. There are other ways to detect tailgating, including using electronic access control systems. These systems are more expensive than CCTV cameras, but they are also more effective because they can be set up to prevent people from entering if their credentials do not match those on record.

Using Security Guards: Security Guards are an effective way to prevent tailgating because they know the people who work at the facility, and they can help to identify suspicious activity. If you have security guards on staff, then it is important that they are properly trained in preventing tailgating.

Why Is ‘Tailgating’ Important?

Tailgating is a type of cyber attack where the attacker gains access to a secured area by following an authorised person through the security checkpoint. This is a form of social engineering attack, which relies on human behaviour rather than technology to gain access to sensitive systems.

In order for tailgating to be effective, it needs two people: one person who has access and one who doesn’t. For example, someone may have left their ID badge at home or forgotten it at work—so they ask you for help getting inside so that they can retrieve it! Or perhaps you’re attending an event where employees are required to wear badges and uniforms; if you forget yours, your friend offers theirs because there’s still works fine (and looks similar enough). The bad guy takes advantage of this situation by walking into the building or facility with you as though they belong there too—you were already vetted by security so there’s no need for them too.

Tailgating is one of the easiest ways for bad guys to gain access to a building or facility. It’s also one of the most common ways that criminals gain access by taking advantage of an employee’s good nature and willingness to help out a coworker in need! When employees are aware of this vulnerability, they can better protect themselves when an imposter tries to walk in behind them.

Tailgating Or Piggybacking Attack: Ways To Avoid Becoming A Victim

There are a few ways to avoid becoming a victim of tailgating.

What is an example of a tailgating attack?

A good example of a tailgating attack would be sneaking into a building by walking right behind an authorised person without them knowing. This can often be done if you have access to their security badge, which means they don’t have to swipe in every time they enter and exit the building.

How do you prevent tailgating?

Some companies have a policy that requires their employees to swipe in and out of the building every time they enter or exit. This will help prevent someone from sneaking behind them without being noticed. Another way is to require that your security badge has a tamper-proof seal, which means if someone tries to remove it from your clothing, it will break apart and alert security.

Another good way to prevent tailgating is to have a security guard at the door who checks the identification badge of everyone entering and exiting the building. You could also add additional security measures like fingerprint or eye scanning, but that can be expensive. 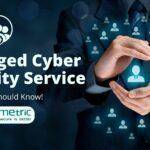 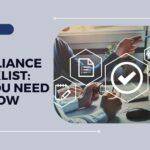 SOC 2 Compliance Checklist: All You Need To Know 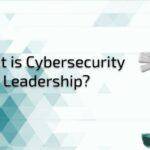 What is Cybersecurity Leadership? 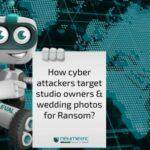